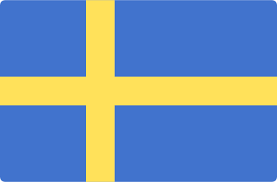 Binary options fraud was among the top concerns of the Swedish financial regulator Finansinspektionen in 2017 (FI). According to its annual report for 2017 binary options were among the primary reasons for issuing warnings in Sweden over the past year and a bit.

In 2017, the FI published warnings pertaining to approximately 1,129 financial companies that conduct their operations in the Swedish market without proper regulation and oversight. Although these warnings primarily targeted equity-related fraud, they additionally included numerous binary options  schemes. FI made a decision after receiving 18 cases. Most of the warnings were came from foreign agencies.

Binary Options, a problem across Europe

The numbers are in line with recent data provided by other regulators in Europe. For instance, Belgium’s Financial Services and Markets Authority (FSMA) reported in February that it received 1,710 notifications from consumers about various financial matters in 2017, up 13% compared to 2016. Nearly half of the inquiries were questions or complaints relating to fraud and unlawful offers of financial products and services. There were 792 such messages in 2017, up by 45% compared to the previous year.

Although the Swedish watchdog does not layout any specific plans pertaining to binary options, the European Securities and Markets Authority (ESMA) is strongly considering banning these instruments. ESMA wants to pass a law prohibiting anyone or company from promoting, distributing or selling binary options to retail clientele.

Other countries are taking action

Even Norway, which is not a member of the European Union but is a part of the EEA, is planning to enact strict procedures pertaining to binary options. The Financial Supervisory Authority of Norway (Finanstilsynet) demands that advertising, selling and distribution of binary options to non-professional clients in Norway or from Norway is forbidden. The watchdog stresses that on several occasions, it has investigated foreign binary options providers that have targeted Norwegian investors without a proper license. Finanstilsynet notes that these companies employ ultra-aggressive marketing approaches and fail to mention the necessary risk warnings.

If you have been scammed by an online trading broker, be sure to file a complaint here and we will do our best to get back to you as quickly as we can.