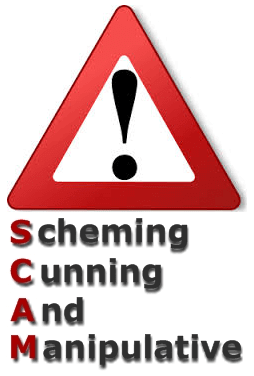 After months of complaints that went unheeded, the Ukrainian police finally arrested criminals that were operating two fraudulent online trading sites, HQBroker and Trade12. Police made the arrests late on Friday, December 14.

According to the official police report, these scam companies had offices in Kyiv, Kharkov, Dnipro, Zaporozhe, Mariupol and in the Dnipropetrovsk region. Police throughout Ukraine conducted over 25 search operations in offices belonging to the purported criminals running these several operations.

The Extent of the Scam

Officers confiscated over 200 phones, computer equipment, along with other devices. They additionally seized cash, drugs and claim to have found documents that confirmed the illicit nature of the entire operation, including merchant checks, invoices, bank transfer records and customer information.

Altogether, the police arrested nine of the accused. In their extensive report, the Ukrainian police stated that the operation was run by a 34-year-old individual from Kyiv.

The group was operating two fraudulent trading websites, one named Trade12 and the other called HQBroker. Unfortunately, both of the sites are still active and as far as we know scamming plenty of unsuspecting victims. Ukrainian officials have confirmed that the group used around five different shell companies in order to hide their dubious activity from law enforcement officers.

Even more disturbing was that the police additionally stated that the companies were using software that enabled them to take control of the victim’s computer. Furthermore, Ukrainian officials believe the brokers were not executing any trades. Instead, they provided the victims with a trading platform that merely mimicked movements in the market. The companies just took client deposits and subsequently withdrew them into offshore bank accounts and placed a replicated balance on the trading platform.

If you were the victim of Trade12, HQBroker or any other online trading scam file a formal complaint here and we will assess your case and put you in touch with a regulated fund recovery service or lawyer that specializes in financial fraud.