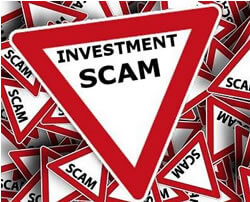 Scamwatch, an organization that is run by the Australian Competition and Consumer Commission (ACCC), has recently issued its most recent information pertaining to scams and what they found was startling. The numbers clearly showed that the losses due to investment fraud surpassed $35.8 million in the first 10 months of 2018.

The majority of investment scams still target potential victims that are interested in the traditional markets such as foreign exchange (forex) stocks, real estate or commodities. For example, these con-artists cold-call victims claiming to be a traditional stockbrokers or investment portfolio managers and claim they solely have inside information on a particular stock or commodity that is supposedly about to increase or decrease significantly in value. They often claim what they are offer is low-risk or risk-free and will yield rapid and extraordinary returns.

However, cryptocurrency trading and binary options are two other forms of “investments” where scams are unfortunately widespread. In fact cryptocurrency trading scams have grown significantly over the past year or so and are currently the second-most common type of investment scam that lure victims into depositing their hard-earned cash.

Is there a glimmer of hope?

It seems as if the tide is starting to turn. Since July the overall amount of money that Australians have lost to scams decreased significantly. The month of October, in particular, had the least amount of losses reported this year, with $1,365,444 lost. This is down compared to $6 million reported back in July.  Interestingly enough, individuals over 65 years of age reported the largest value in losses in October while those aged from 25 to 34 filed the most reports. 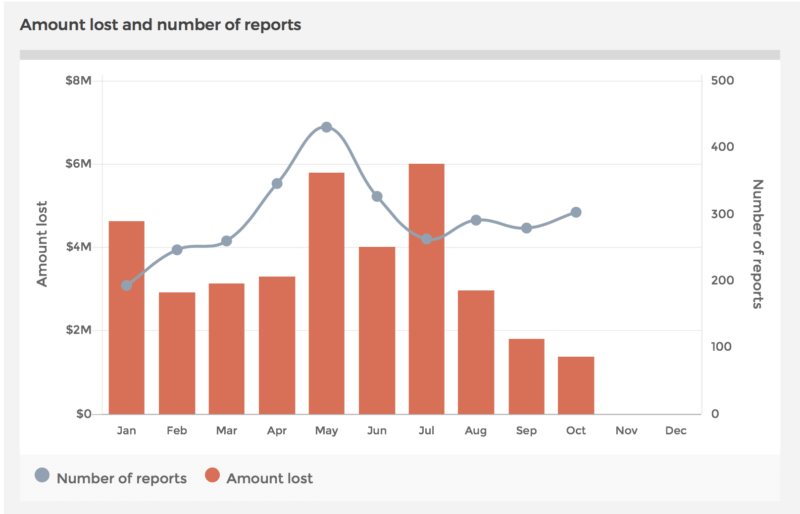 How to spot an investment scam

First and foremost always check if the investment company or individual is licensed by a regulatory body such as ASIC (Australian Securities and Investments Commission) or the FCA (Financial Conduct Authority) of the United Kingdom. If they are not licensed or if they are regulated in some offshore country such as Saint Vincent and the Grenadines do not invest with them. Additionally, any time that a broker or company uses the term(s) ‘risk-free investment’ high return, become a millionaire in just three months they are a scam.

Help me I have been scammed

If you were the victim of a binary options, forex, CFD, or cryptocurrency scam contact us immediately here, fill out the form and we will do our best to get back to you as soon as we can.