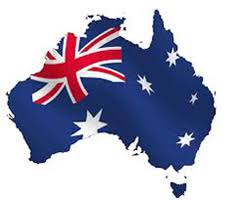 The Australian Competition and Consumer Commission (ACCC) has come out with a report stating that Australians forfeited more money to fraudsters in 2017 than in any other year. According to the ACCC’s yearly Targeting scams report, over 200,000 or so con reports were given to the ACCC, Australian Cybercrime Online Reporting Network (ACORN) and other national and regional-based government organizations in 2017.

Never has it been this bad. Losses to scams have totaled more than $300 million for the first time ever, which demonstrates the growing impact of scams on Australians. Investment scams including binary options and forex led all losses at $64 million, a rise of more than 8 percent. Dating and romance scams came in second topping out $42 million.

Despite the fact binary options scams appear to have reduced in 2017 the average loss reported actually increased by a whopping 24%, from $32,744 to $43,085. This means that while there were fewer of them, these online trading scams became more effective at extracting large sums of money from victims. While binary options are not illegal per se in Australia, there are numerous professional looking offshore trading websites offering binary options investments that are complete scams.

Binary trading first appeared on the scene a decade ago around the time of the financial crisis in 2008. Many victims are lured in through adverts posted on social media and are attracted to the simplicity of the schemes. Despite the fact there are regulated binary options brokers they should be classified as gambling at best and not true investments.

How can I protect myself against binary options scammers?

For those who live in the UK, the Financial Conduct Authority, the UK’s financial ombudsman, is responsible for the regulation of binary options companies. There are hundreds of companies on its warning list, and traders are instructed to check the FCA Register to see if a firm is authorized before investing money. They approximate that investors lost nearly £90,000 a day in 2017 on binary options scams.

If you choose to trade in binary options you should only use an FCA approved broker. If you use an unregulated company you will be more at risk of a scam and won’t have access to their help if things go wrong. You can check if a company is registered with the FCA here. No matter which country you reside in be sure to check the regulatory agency to see whether the online trading company is licensed to solicit their services.

I am the victim of a binary options scam, what do I do?

If you were the victim of a binary options trading scam be sure to make a complaint and we will do our utmost to help you get your money back.